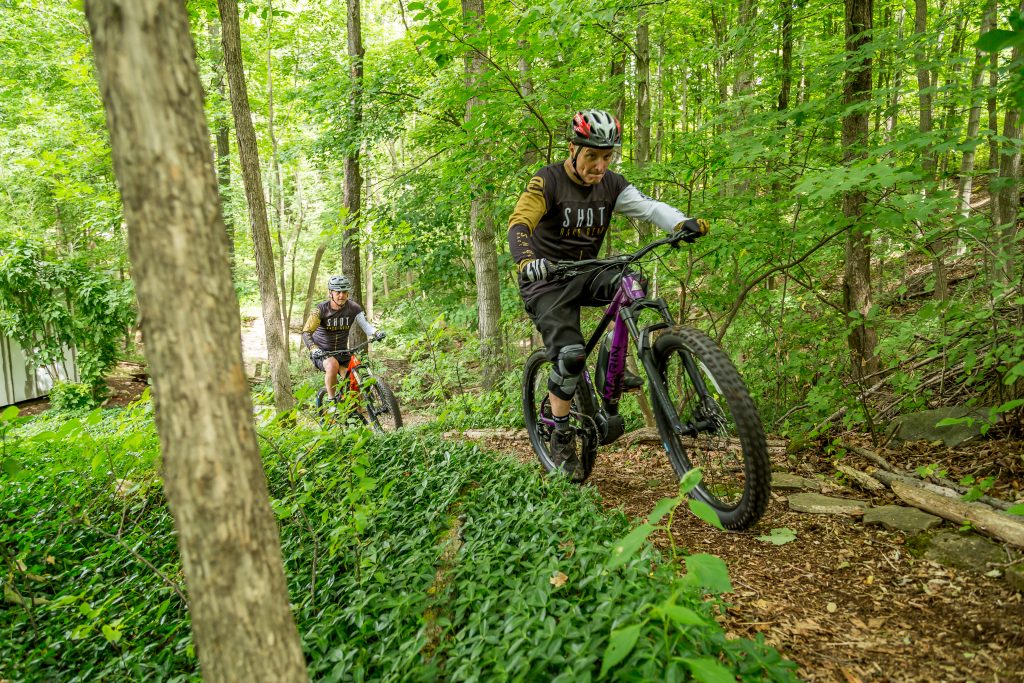 The Spring & Summer of 2020 will, without a doubt, go down in history as one of the most exceptional Sales Seasons for the Bicycle Industry …EVER! We’ve endured some of the most frustrating limitations in the business world due to COVID 19. Layoffs, store closures and shopping rules in many towns and cities have mandated social distancing, plus mandatory mask-wearing. With extra time on their hands and, in most cases, stay at home orders by public officials, people were itching to get outside and try to make life as normal as possible. One way to quickly overcome these restrictions was to get out on a Bicycle or Motorcycle, get outside and experience the Great Outdoors.

As the Sales Manager for MARIN BIKES in Ontario, I’d say it started in March. I watched daily as my laptop was bombarded by irregular-sized orders from our Dealer Network coast to coast. Because Bicycle Shops were deemed “Essential Services,” they were able to remain open. They had to be creative about how they were going to adapt to what is traditionally their busiest time of the year. Phone in Orders, Curbside Service, charging on Credit Cards with little or no negotiation at all became the norm for a few months. By the time May was over, it was clear…there was no more inventory left. COVID 19 also disrupted the supply chains from Asia. It became a quest to find anything on two wheels and create a situation where the buyer had to limit their model choices. Some people chose to spend more while others moved lower, spending less. Regardless, bicycles were quickly selling out!

Royal Distributing, one of MARIN BIKES’ largest accounts, launched their automated curbside pickup in early May and then re-opened their retail stores on June 1st. Royal was one of the few Ontario MARIN Dealers who had any remaining inventory. When Royal opened their doors to the public, the first thing they did was have their traditional Spring Bicycle Sale. Why put bikes on sale? Royal knows their customers look forward to this annual sale, and COVID 19 wasn’t going to stop it. The bikes rolled out the door, and overall sales numbers were way up compared to 2019. With the sales volume, the available inventory became an issue. The next phase was going into effect. Those Retailers, stripped of their inventory, competed to find replacement stock to buy.

The situation wasn’t pretty. In June, MARIN BIKES had confirmed backorders were sitting on Sales Desks that exceeded our YTD 2020 Sales for North America. It was a crazy position for MARIN to be in.

All of our attention was focused back on the factory to produce more. Fortunately, we were in a great position. The factory that makes MARIN owns the Brand, so let’s just say we get preferential treatment.

The story was the same all the big brands; Specialized, Trek, Kona, KHS, Giant were all in the same boat, pun intended! Everyone needed bicycles on those boats and heading to North American shorelines.

The demand placed on the supply chain was also enormous. Companies like SHIMANO and SRAM were bombarded by large orders from all the Factories. The usual wait times for a factory to obtain a drive train order from Shimano, for example, is about 4-5 weeks. At the beginning of July 2019, that wait time rose to 12-15 weeks! 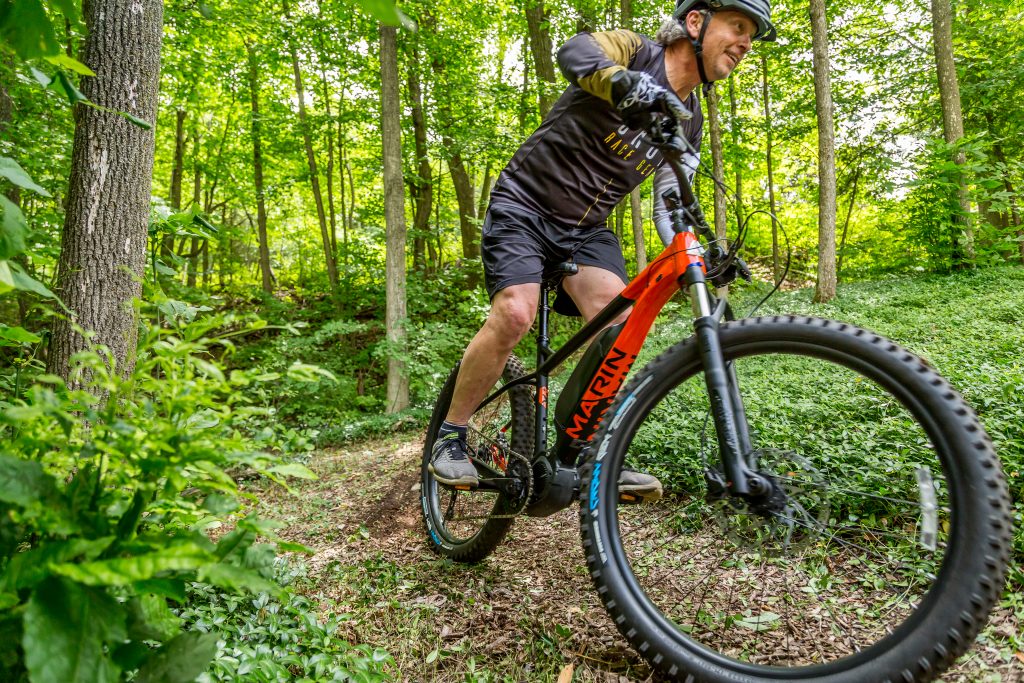 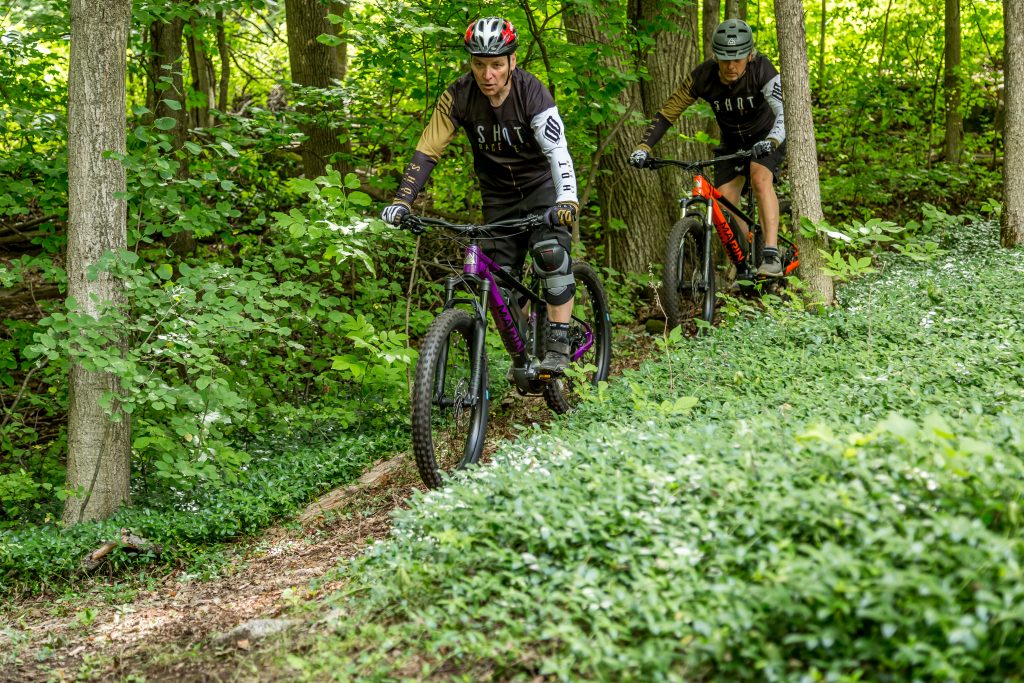 For the next 6 months, it was about who had inventory. Suppose you don’t have any priority at a Factory. In that case, you may as well just plan that your season is over and that your inventory is likely going to be only available by the time the snow flies.

The scenario was not a hard sell to motivate dealers to start thinking about getting into the product’s priority line-up. With MARIN presenting our 2021 Booking Program a few weeks early, another anomaly occurred. Dealer Bookings were completed within days without any Pre-Shows, no sample showings, nothing more than showing the Booking Program. My personal sales pitch was pretty straight forward, don’t even look at the price; just use your previous sales history reports and get in line.

On top of this fantastic result for a well-established brand like MARIN BIKES and other unusual circumstances in my business world, my wife and I expanded on our bicycle business. We began importing and distributing SLANE Electric Bicycles through our new company, O2RIDE.

Although the year of COVID 19 caused some significant changes worldwide. For us, teaming up with SLANE was a change for the better!

What started out as a couple of available electric models shipped in from our import supplier in British Columbia soon developed into a partnership. We were granted exclusive SLANE distribution rights for Eastern Canada.

Electric Bikes are starting to be accepted by a consumer base that just needed to experience the benefits of Electric Pedal Assist. Add to this the lack of available regular bicycles; it’s no wonder we experienced rapid growth. As our MARIN ad in MXP’s first issue of the year states, “All the Gain Without the Pain.” Electric Bikes are definitely a Game Changer. Electric Bicycles are opening doors to so many people that, due to injuries or lack of physical conditioning, have discovered that they can do this and, “WOW, it’s so much fun!” That’s why the tagline under our O2RIDE logo states, “FOR FUN & FITNESS.”

Statistics show that bicycles are becoming the new toilet Paper of the COVID 19 pandemic. With travel restrictions and social distancing likely to become the norm for a good while to come, bicycles are the perfect form of recreation for this crazy time we’re experiencing.

Even from a transportation point of view, bicycles, especially Electric-Pedal-Assist bikes, will be expanding as many people shy away from crowded public transportation. People are also more conscious of Green Technology that will help heal our Earth of the abuse we’ve imposed upon it in the last 100 years. During this pandemic, pollution worldwide has been cut drastically due to shutdowns and restrictions.

Overall, bicycles have a very bright future. With the growing trend toward Electric-Pedal Assist bikes, I believe we’ll be seeing a whole new demographic of participants joining cycling enthusiasts’ ranks. ■

BY ALLAN JAGGARD for MXP Magazine IN MY LAST BICYCLE PAGE MXP ARTICLE, I WROTE ABOUT THESTATE OF THE POWER SPORTS AND BICYCLE INDUSTRY IN 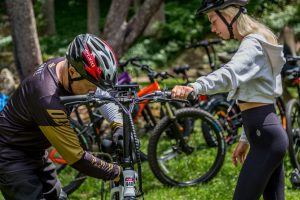 Cycling is here to stay, and we’re all the better for it!

BY ALLAN JAGGARD Bicycling has been around since the 1800s, but there’s no comparison between the past and today’s bicycles. To quote Loretta Lynn’s song,